The Poetry of Giacomo Leopardi

Now... A little about a poet who is said to be second to Dante in the hearts of Italians. 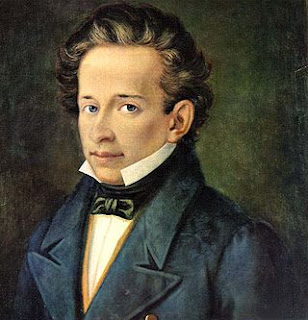 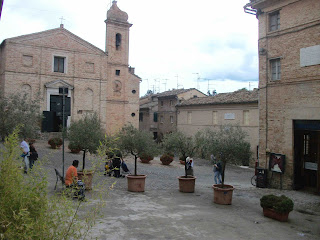 The Square Leopardi Wrote of in the Poem "Saturday Night in the Village"
Click HERE to read the poem (scroll down on site for English)
Photo Credit: Ilaria Magi

Giacomo Leopardi was a significant figure of the Italian Romanticism era and is known for being pessimistic toward life and the human condition at that time - not surprising since he, himself, had a hard life. Though he’s known for many writing forms, he’s perhaps most remembered in modern Italy for his poetry, which was always of a philosophical nature. 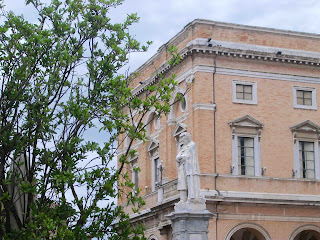 Leopardi was born the son of a count in the small village of Recanati in 1798. As the son of a nobleman, he was unable to have a public education. Instead, Leopardi received private tutoring from priests until he knew more than they did. 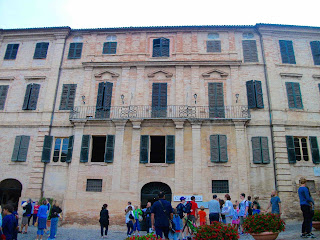 He was also confined indoors due to his poor health and so his time was spent primarily with his studies between the ages of 12 and 19. It’s believed that his extensive time reading and writing also caused him to develop a deformity in his spine and eventually blindness in one eye. As a result of all his scholastic work, Leopardi was well educated and spoke many languages. 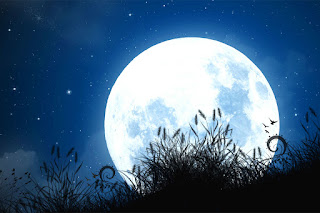 "Alla Luna" ("To the Moon") is one of Lepardi's most beautiful poems.
Click HERE to view a beautiful video reading of this poem.
Image Credit: Biografieonline

Leopardi’s eventual travels around Italy led to disappointment because his steadily declining health made him unable to find work. He moved to the milder climate of Naples, Italy for his health and to be near his friend Antonio Ranieri. Leopardi died in Naples in 1837 only a few weeks short of his 39th birthday. 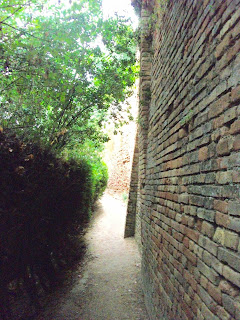 The Path Leading to the Hill of the Poem "L'Infinito"
Click HERE to view a beautiful video reading of this poem.
Photo Credit: Ilaria Magi

In his lifetime, Leopardi experienced poor health, depression, a poor financial situation, and a broken heart too. His short life was far from happy, but to the world Giacomo Leopardi left his brilliant works for eternity.


(Many thanks to my dear friend Elena in Corbetta, Italy!)

If you are receiving this post by email and would like to read other archived posts on my blog, go to
http://www.acappuccinominute.blogspot.com/
Posted by Nina Spitzer at 2:29 PM No comments: