As a child, I remember my Sicilian Uncle John often making octopus salad. He was a fisherman from the old country and octopus salad was said to be one of his specialties. But…as a child, I wanted no part of that traditional “delicacy” of thick, rubbery looking tentacles covered with suction cups. 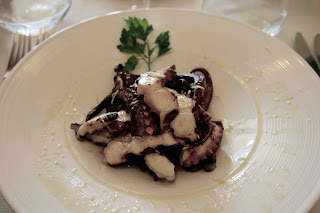 On our last trip to Italy, I finally decided to put on my big girl panties and taste octopus salad – the hubby and I both did. I can tell you, we became instant fans. It’s absolutely scrumptious! In fact, we ordered it at every meal just to compare. 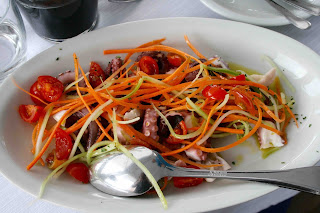 I didn’t find the texture chewy at all. It was a tender taste of the sea with not much flavor of its own – maybe a little bit sweet. Instead, it was more apt to take on the flavor of its marinade or seasoning. In some octopus salads, the octopus is just marinated and seasoned while some also include fresh vegetables. I’ll have to admit – looking at the tentacles and suction cups was a little intimidating at first, but I got over it quickly once I decided I liked the dish, no matter how it was made.

Much of Italy abuts the sea, so finding octopus salad is pretty easy. Octopus salad, however, is not unique to Italy. Most countries neighboring the sea have various versions of the dish -  Mexico, Greece, Spain, Portugal, Korea, etc. 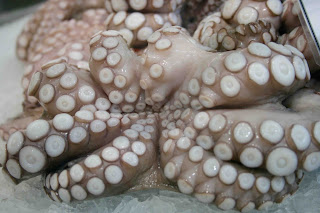 The octopus has no boney skeletal system, so Mother Nature has made its connective tissue tougher to support its muscles. This also makes the octopus a tougher meat to chew, so tenderizing is essential.  I found some methods used for tenderizing are brining, marinating, and boiling. I even have heard that the Italian fishermen actually beat the octopus on the stone wharfs to tenderize the meat. I’ve read that freezing also tenderizes the meat, so starting with a supermarket purchased frozen octopus may be the way to go. That’s especially helpful to know when you live in an area far from the sea.

Here are a few octopus salad recipes, if you dare to try. Just click on the links. 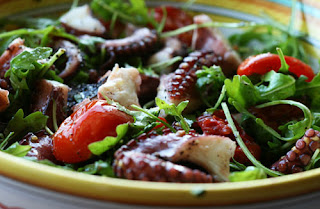 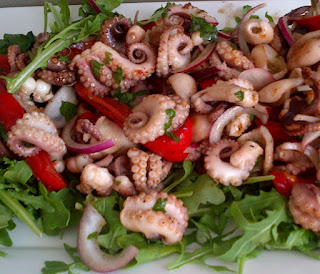 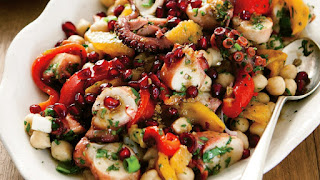 From:  All Things Sicilian and More

Unfortunately, my Uncle John is no longer with us or I would have shared his recipe too.

Never tasted octopus salad at home or abroad? Be daring! Put on your own big girl panties (or big boy boxers) and give it a try. I’ll bet you’ll be sold on it too! 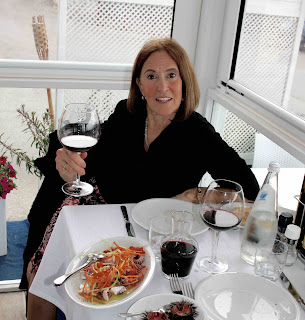