Trevi Fountain: Toss in a Coin!

The Trevi Fountain (also known as the Fountain of Trevi) is on everyone's "Must See" list when visiting Rome. They say, toss one coin into the fountain with your right hand and you'll be sure to return to Rome. Similarly, in the late 19th century, people believed that a sip of the fountain's water accompanied by a coin thrown into the fountain ensured not just a speedy but a safe return to Rome. Another legend is that if you throw in not one, but three coins: the first guarantees your return to Rome, the second leads to new romance, and the third will lead to marriage! It's this legend that inspired the 1954 film "Three Coins in a Fountain." 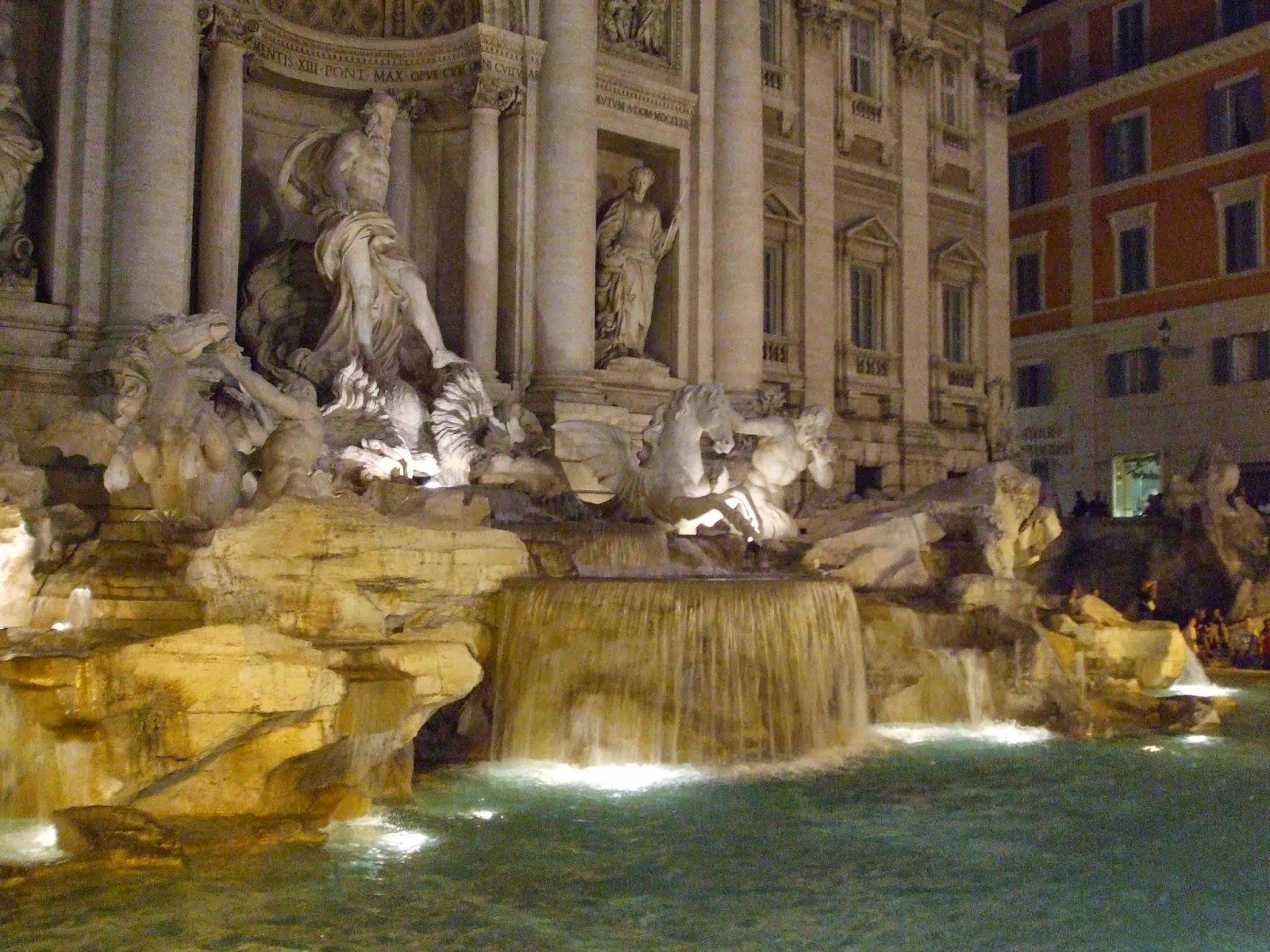 BUT... Don't rush to don your scuba gear and get rich. The city of Rome collects the coins on a daily basis to finance a special supermarket serving the poor of the city through an organization called Caritas. It's estimated that the fountain's coins generate 3000 euros a day!

Trevi is the largest Baroque fountain in Rome and one of the most famous in the world as well. It was originally built as a display, an idea started by the early Renaissance popes to have elaborately decorated fountains at the end of ancient Roman acqueducts. In the middle ages the fountain was purely functional and offered the only supply of pure water to Rome. Residents of the city would fill their buckets and take water home.The Trevi Fountain has been through many designs, but the current travertine and marble design with the main statue being of "Ocean's Triumph" (Greek Sea God Oceanus) was officially completed and inaugurated on May 22, 1762. 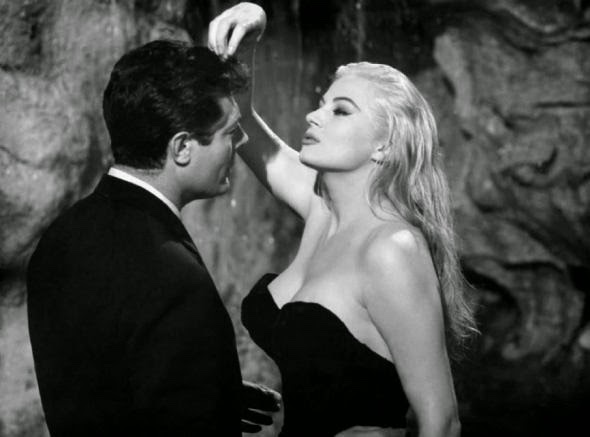 The Fountain of Trevi was the set for the famous Fellini move "La Dolce Vita" (1960) where Swedish bombshell Anita Ekberg romps around in the fountain at night calling, "Marcello, come here. Hurry up!" and he jumps in too. It's a great scene! Check it out.  Unfortunately, you can't run out to Rome today and do your own romping through the fountain. It's currently being restored and won't be viewable again until approximately fall of 2015. Click here for more info on the fountain. 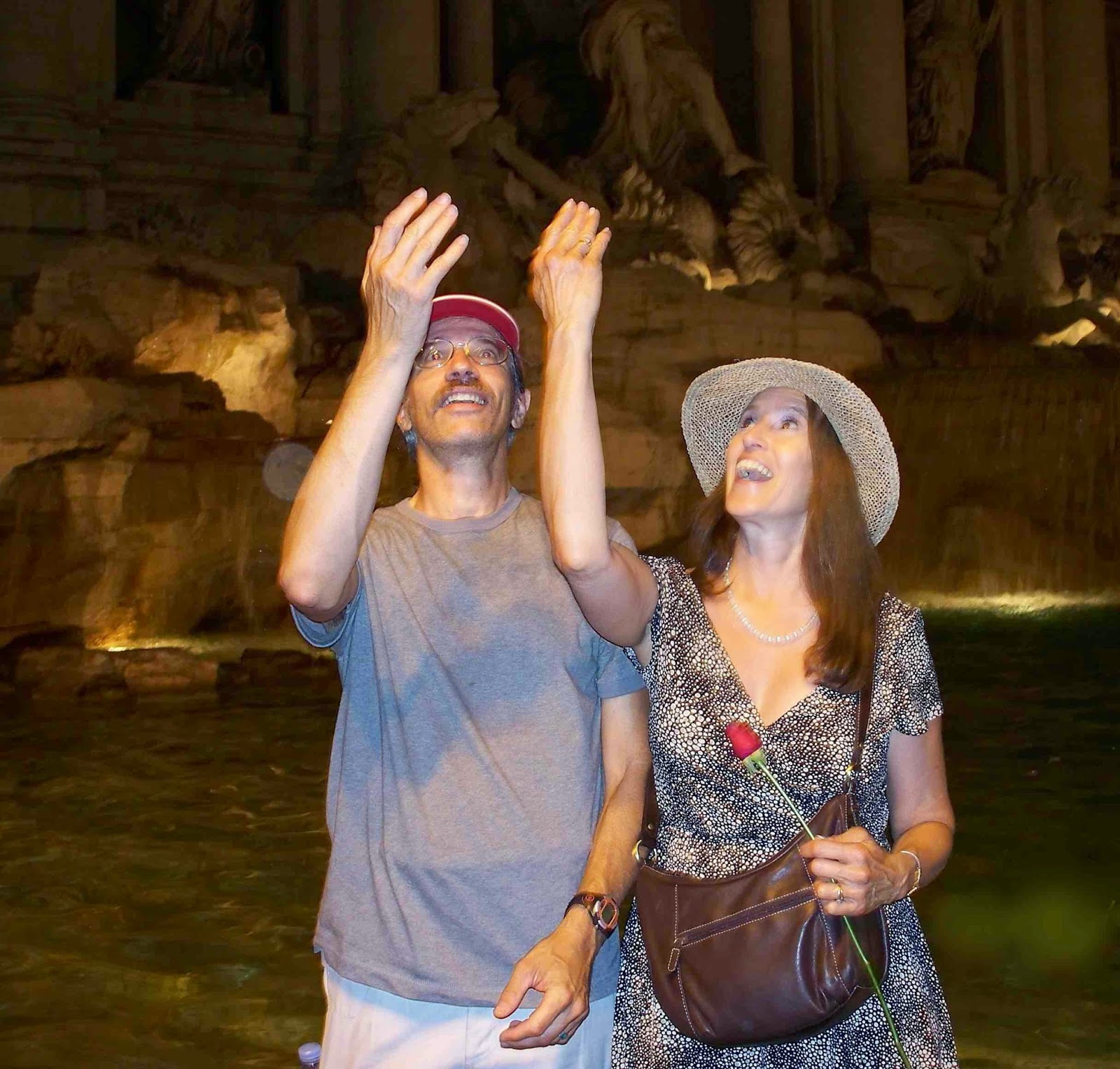 Is it the possibility of returning to Rome that is the fountain's allure? If it is, then it sure worked for us on our first trip, well sorta. Stand with your back to the fountain and toss the coin over your left shoulder. Our five returns were not all to Rome but to other parts of Italy, as well. Hmmm...Maybe that's because we threw the coin over our right shoulder instead. Ya gotta follow directions! Still, I'm not complaining. All five trips to Italy were well worth that couple of euros we tossed into the fountain.


Posted by Nina Spitzer at 9:58 PM No comments: