Sicilian donkey carts date back to the early 19th century.  It was the ancient Greeks who introduced these carts to the island. The carts reached the height of popularity in the 1920s, when thousands were on the island. 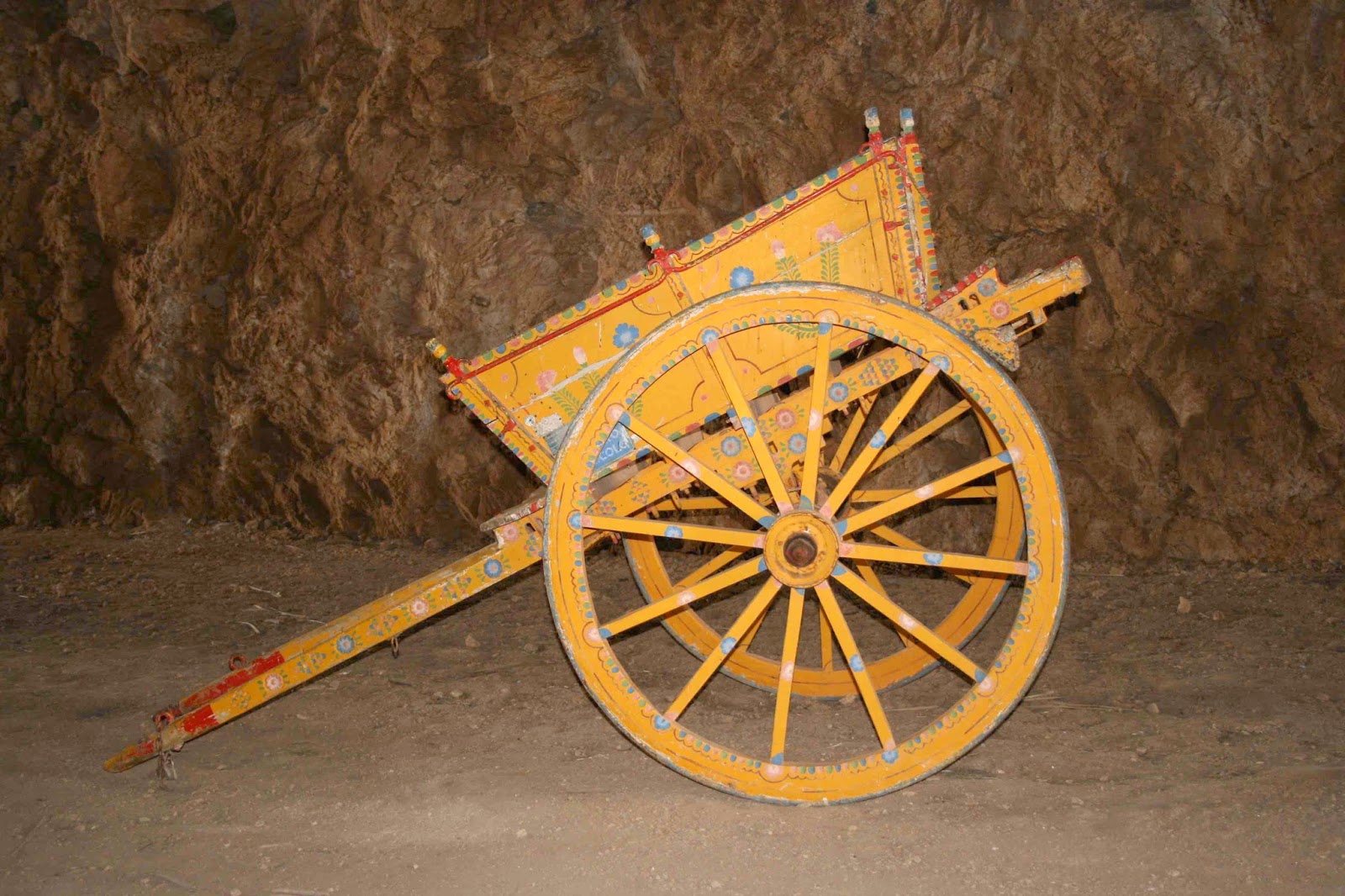 The "caretto" cart was like the family car, taxi or truck of today. Carts used for hauling items as produce, wood, wine were called "Carretto del Lavoro" (cart for work).  In cities and on flat plains, it was common to see horses pulling carts. In rougher terrain, it was donkeys or mules that did the heavy work of pulling.

Family owned carts were popular and, like cars of today, a family’s wealth was often assessed by the showiness of their cart. The animal pulling the cart was often elaborately adorned with fancy handmade harnesses, ribbons and feathers. "Carretto de Gara” were carts used for festive occasions such as weddings and parades. 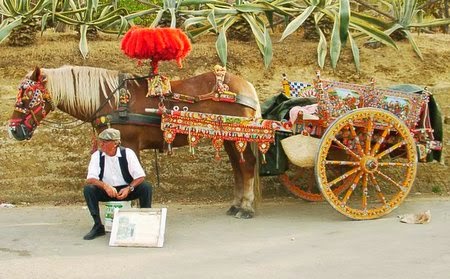 Cart making was a craft handed down from generation to generation. The handmade carts were made in several provinces in Sicily and each had its own distinct style. The wooden cart is two wheeled with iron components. Carts were works of art beautifully covered in carvings and brightly painted scenes from Sicilian history, folklore, scenes from famous operas, as well as intricate geometric designs. In the past, scenes served as a way of conveying historical information to those who were illiterate.

The decline of the art and craft of cart building began during the 1950s. In came cars and other motorized vehicles and out went the donkey cart as a means of transportation. Today, the carts are used for parades and other special events as a beautifully reminder of the past.

If you are receiving this post by email and would like to read other archived posts on my blog,
go to