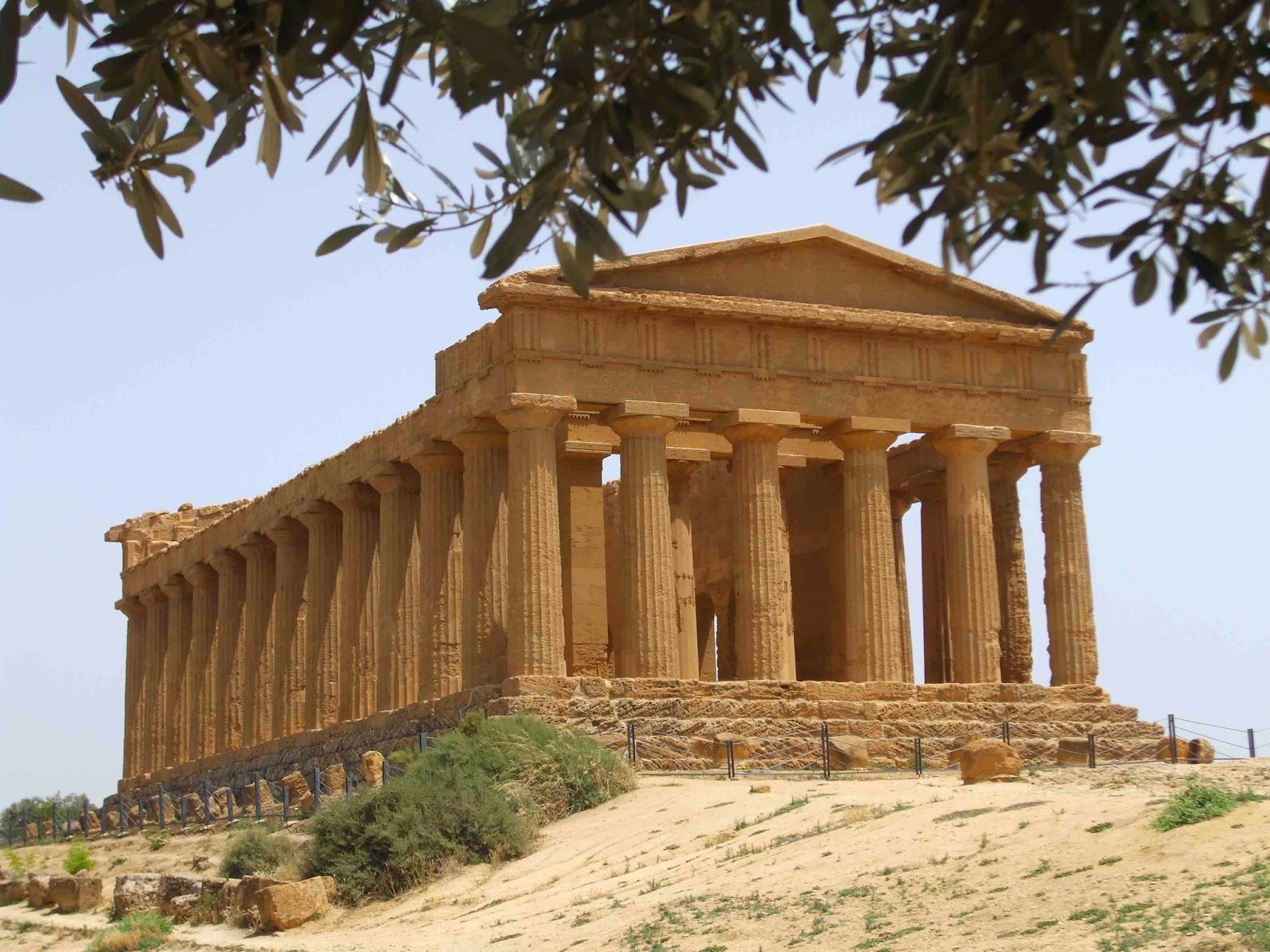 Temple of Concord in Agrigento’s Valley of the Temples
Dating to the 5BC - It was converted to a Christian basilica in 6BC.

Sicily has some of the best preserved ancient Greek ruins, some even better than ones in Greece itself. Stunning ruins can be found in Agrigento, Segesta, Selinunte, Siracuse, and Taormina. Scattered around these areas are ancient temples, theaters, remnants of pillars, and figures. Walking right up to and sometimes into these structures is an amazing step back in time. 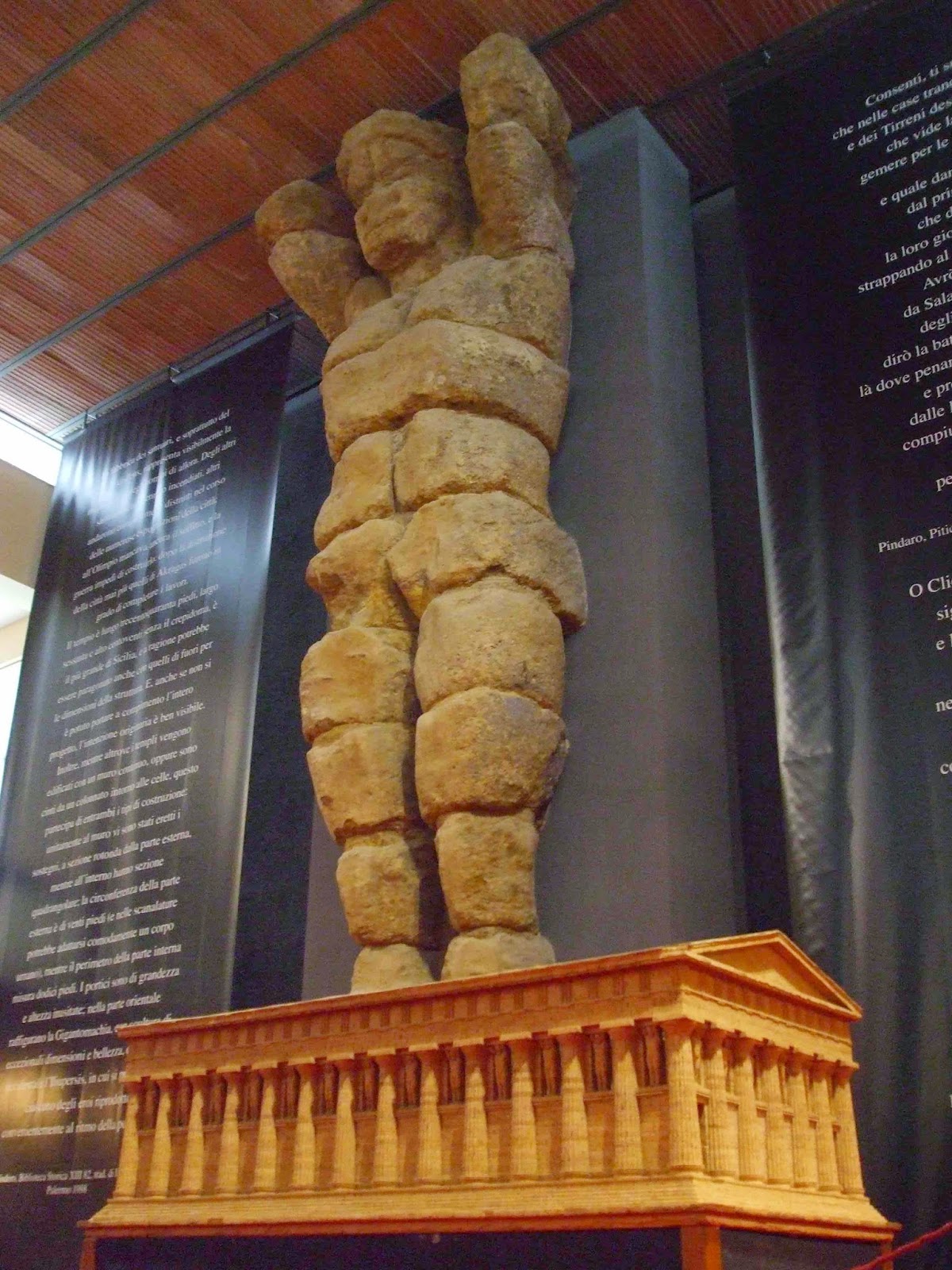 Each Atlas statue was 25 feet tall. Between each column of the Temple of Olympian Zues stood a colossal Atlas statue atop a ledge with arms upstretched and holding up the roof. There were 38 Giant Atlas statues in all. (See the model of the temple under the Atlas model.) 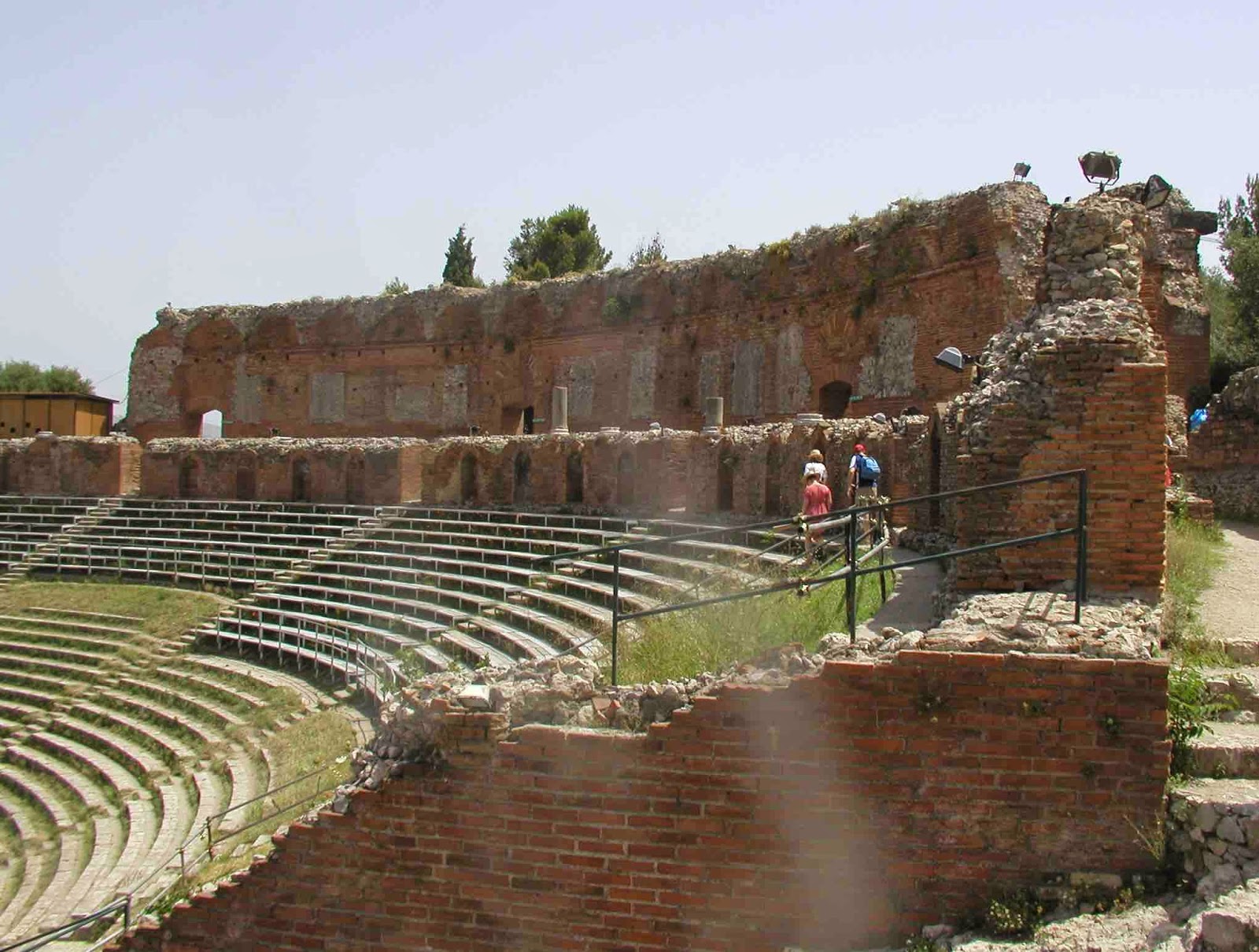 It's believed this Greek Theater in Taormina is actually Roman but rebuilt upon the foundations of an older Greek theater. 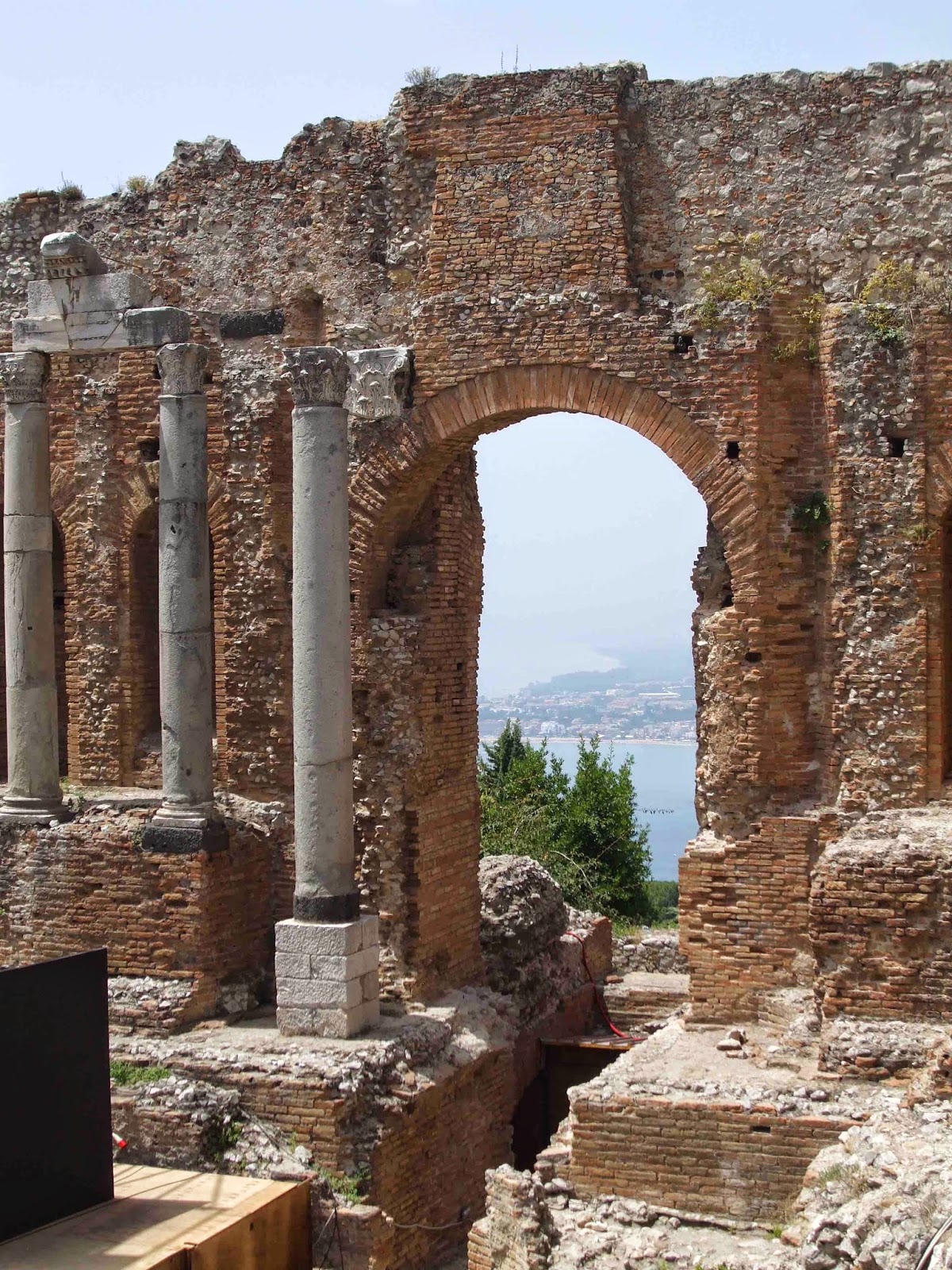 This theatre ruin is the second largest of its kind in Sicily (after that of Syracuse). It's in use, even today, for operatic and theatrical performances and concerts.

Ancient ruins in Sicily abound and are fascinating to visit. Wear a hat and comfortable shoes - bring plenty of water! And, of course, your camera is a must!


Posted by Nina Spitzer at 8:51 AM No comments: 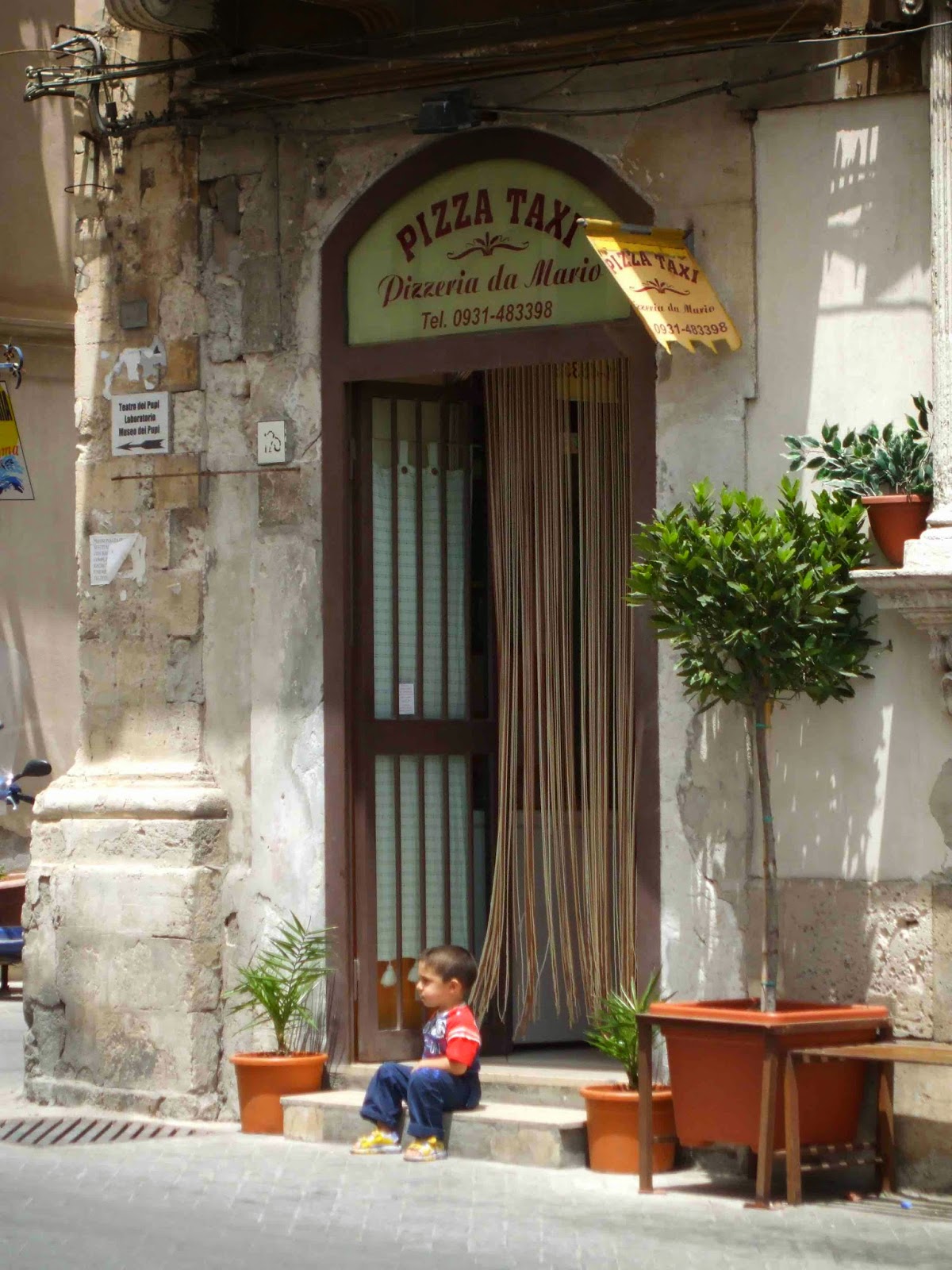 I never found out, but couldn't resist a picture of this handsome little guy that day in Sicily.

Posted by Nina Spitzer at 11:56 AM No comments: